So last week my son picked up a pine cone and wanted to keep it, but rather than putting it in his own pocket, he wanted me to put it in mine. So I did, and as usual, he forgot it was there, and so did I. Today was the first time I wore that coat again since then, and I’m about to go and pick the kids up from school, and I put my hand in the pocket hoping to find my gloves and instead I my fingers touch this weird scaley thing, and I have a real moment of ‘Yikes, what is that???’ before I get hold of myself and look at it. It’s the pine cone. And then when I get back from the school run I look in my Love Life Live Advent booklet, and the task for the next day is to look at a pine cone, and notice its textures, and I think, ‘I already did that!’

My son didn’t want the pine cone after all (a few days in my pocket and it wasn’t quite as perfect as when he’d found it, perhaps) so I thought I’d draw a picture of it instead. I don’t think I’d drawn a picture of a pine cone since I was at school. It’s amazing what you see when you try and draw something – the mathematical arrangement of the ‘petals’ (if that’s the right word – it probably isn’t) is never quite regular, but it’s still beautiful. And they’re really hard to draw! So I can’t offer a perfect 2D reproduction of the pine cone, but here is my original, plus some ways that my phone’s camera had fun with it – I rather like the way you can play with the contrast, the light and shade. Actually, my favourites are the ones that are least like the original drawing…. And I did end up spending some quality time with the pine cone after all. 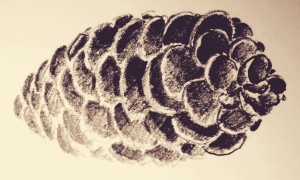 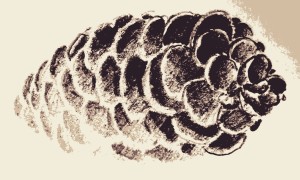 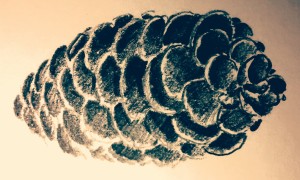 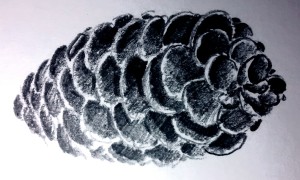 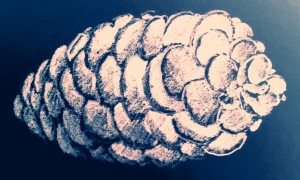 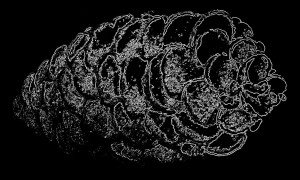