Away in a manger?

The other day I was asked (by the Church Times) to comment on a twitter thread about doctrine and heresy in Christmas carols. I did so, but as always, quotations in newspapers never really capture the nuance of what one tried to say! So with no disrespect intended to the Church Times, I decided to write something myself.

It started with a Twitter poll, seeking to identify which was ‘the most egregious/heretical line’ in a Christmas carol. The hands-down winner, with 51% of the vote, was ‘no crying he makes’ from Away in a manger, which many people interpret as an example of Docetism – a heresy that denies Christ’s full humanity.

So let’s start there. 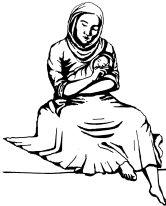 One possibility is that the writer was implying that Jesus never cried as a baby.  This would imply that they were going along with the idea that a baby demanding attention through crying is a symptom of original sin, and that Jesus, as sinless, could therefore never cry.  We see this idea lingering in folk-religion: when a baby cries at their baptism it is still considered by some to be a good sign that evil is departing from the child.  This isn’t the Church of England’s understanding of the meaning of crying. If the line really is about original sin, it’s a little odd, as the rest of the carol doesn’t seem to focus particularly on sin and redemption – there are plenty of carols that do follow this idea through, so if this was the writer’s main focus they could certainly have made more of it.

So for me the most likely explanation is that the writer is trying to convey a particular moment of stillness and calm, during which Jesus was not, in fact, crying.  From my own experience as a parent I can vouch for the fact that babies don’t cry all the time, and that some of the most beautiful moments of early parenthood are those times when the baby is awake but peaceful – perhaps he’s just been fed – and lying in a parent’s arms. Babies can’t see across a room when they’re newborn, but they can focus really well on the face of the person who is holding them. There is also something about the depth of colour a newborn’s eyes that makes it feel like you’re looking into the depths of the universe.  In my own mind, that’s the moment being described. The cattle start lowing, Jesus starts to stir, and either Mary or Joseph picks him up and their eyes meet. Jesus feels safe and warm, the sound of the animals is forgotten, and they are blessed with a moment that feels like heaven touching earth.

There is no biblical record of this moment. But there is also no biblical record of a donkey or a stable. And nowhere does it say there were three kings. Or that they were kings at all.  That Mary and Joseph experienced a moment of stillness with the newborn Jesus doesn’t feel like that much of an imaginative leap to me, in the grand scheme of things.   One could argue in this case that the line can sound docetic if you choose to hear it that way, but that there are other ways we can choose to hear it.

So much for the first argument in the carol’s favour. Now on to the criticism.

The poetry isn’t great. In fact, the line in question suffers from ‘Yoda speak’ – odd word order for the sake of rhyme, metre and scansion. This leads me to suspect that ‘makes’ was included as a rhyme for ‘awakes’. This lends credence to my point above (that it’s unlikely the writer was trying to make a statement about Jesus’ lack of original sin).  As a hymn writer myself, I know exactly how tempting it is to prioritise rhyme over sense. We’ve all been guilty of Yoda-speak at some point or another, or clinging desperately to a rhyme at the cost of everything else. Quite possibly the writer in this case had no idea that their work would prove so universally known and (to almost everyone) so well loved.  If they had, they might have worked on it for longer and found an alternative line that would not be so open to misinterpretation. Who knows?

I also suspect that we may be more tolerant of fuzzy doctrine if the poetry is good. We want to sing carols that are rich in imagery, sound in doctrine, and linguistically beautiful – and that are heartwarmingly familiar, to a wonderful tune, with a great descant. And there are a few that tick pretty much every box. But often we may have to compromise slightly on one parameter for the sake of another.  If the doctrine feels a bit imbalanced or lacking in clarity, but the carol does well on all the other parameters, we’re more likely to give it the benefit of the doubt- otherwise ‘veiled in flesh’ would likely have won the twitter poll. (Veiled in flesh sometimes considered problematic, because again it doesn’t seem quite to capture the ‘fully God and fully human’ nature of the incarnate Christ – it sounds like Jesus’ humanity was somehow a ‘covering’ that he could put on and take off – but that’s all for another article sometime).

It’s also worth bearing in mind, though, that we are talking about the incarnation here. It’s mysterious, paradoxical, hard to get one’s head around. People fought really hard over the precise wording of the creeds because of the difficulty of expressing in words something that is basically beyond the capacity of language to convey.  If we want to access the technical details of the doctrine that is our ‘best try’ at understanding who God is, and expressing that in words, then we have the creeds to help us, and the church is pretty strict about using only authorised versions of those.

On the other hand, the Church of England also stores its doctrine in its liturgy, and certainly many people learn their doctrine from hymns, simply because repetition, rhyme, rhythm, metre and music all make what we sing more memorable than what we say, and generate an emotional and embodied association with the words in the way that happens less profoundly with the spoken word. This does mean that those of us who write hymns for congregational use must be careful not to write complete rubbish that merely sounds plausible because of the way we’ve written it. We must be careful not to write a lie that will be sung as truth.

Is there some good doctrine in the carol?

‘Be near me, Lord Jesus’ might hint at some. Emmanuel means ‘God with us’ and is one of the titles in scripture to describe the coming Messiah, as well as one of the key ideas around the incarnation. The Word became flesh and ‘dwelt among us’. One of the criticisms levelled at many carols is that they leave the baby in the manger and never let him grow up to accomplish his work of salvation. ‘Be near me, Lord Jesus’ is, I think, addressed not to the baby in the manger specifically but to the incarnate second person of the Trinity more broadly, and relates to the risen and ascended Christ. This interpretation is supported by the signed version of this carol which switches from the sign for ‘baby Jesus’ to the sign for ‘adults Jesus’ (based on the nail marks in his palms) part way through the carol. Clearly, the baby in the manger is not a different Christ from the adult Jesus, or the crucified, risen and ascended Jesus, but at least in this carol we can trace a longitudinal understanding of who Jesus is ‘in heaven’ where we also desire to be (as in the last line of the carol). The carol begins with the incarnation but ends eschatologically (with a side order of redemption and ethics).

But what about hymns that are not, primarily, trying to convey doctrine – even during a time in the church year that focuses on such an important doctrine as the incarnation?  Is it possible that (despite the paragraph above)  Away in a manger had a different aim?

‘Be near me Lord Jesus’ also indicates that the carol switches from narrative to prayer part way through. ‘Be near me Lord Jesus’ is a prayer, made by someone who desires to be loved, especially through the long hours of darkness (which may be literal or metaphorical or both). My contention would be that that the carol’s chief aim is to connect the baby in the manger with the promised ‘Emmanuel – God with us’, and the Christ who is our heavenly intercessor, in order to open up for those who gather around the crib the possibility of prayer, comfort, salvation, and eternal life.  There is doctrine in this, of course, but in this case the doctrine is an undercurrent beneath a surface that is essentially pastoral.

If Away in a manger fails, it is perhaps because the wording is just a bit too clumsy to express all this with the nuance of great poetry. But in three short verses that even a little child can sing it makes a pretty good attempt, and if it turns out to be the one moment that gives someone who hasn’t prayed for years permission to say to Jesus ‘love me’ then it will have been worth it.